Cavalcanti et al. 2016. Predation of an adult puma by an anaconda in south eastern Brazil

We report the predation of a puma Puma concolor by an adult anaconda Eunectes murinus that occurred in south-eastern Brazil. Despite the death of both animals, the incident raises important questions regarding the role they play in their respective niches in the wild.

We report here a natural predation event of an adult female puma by an adult anaconda that occurred in the municipality of Promissão, on the north-western border of São Paulo state, Brazil. The incident was discovered when monitoring an adult female puma through radiotelemetry, as part of a research project on pumas, along the margins of a hydroelectric dam, on the lower Tietê riverbasin. The study is the result of a partnership between the Pró-Carnívoros Institute and the Hydroelectric Power Company AES Tietê, a subsidiary of AES Corp. (SISBIO Licence # 45774-1). The goal of the study is to evaluate the environmental health of the areas under the influence of AES Tietê, using the puma as a conservation tool, through the assessment, evaluation, and monitoring of their population in the study area 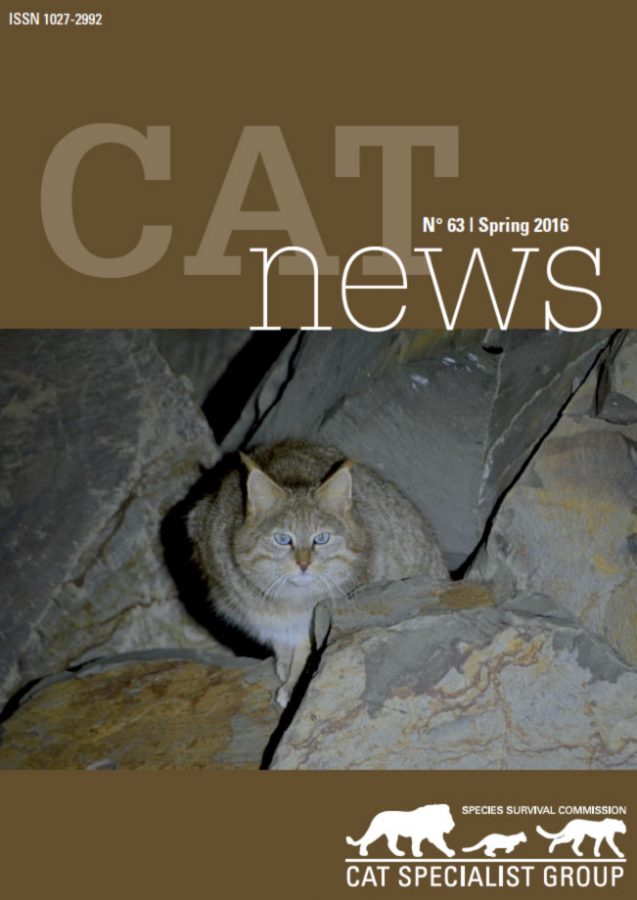 Faça parte desse movimento!Join us in this cause! ajude agoraHelp Now

This website uses cookies to improve your experience while you navigate through the website. Out of these, the cookies that are categorized as necessary are stored on your browser as they are essential for the working of basic functionalities of the website. We also use third-party cookies that help us analyze and understand how you use this website. These cookies will be stored in your browser only with your consent. You also have the option to opt-out of these cookies. But opting out of some of these cookies may affect your browsing experience.
Necessary Sempre ativado
Necessary cookies are absolutely essential for the website to function properly. These cookies ensure basic functionalities and security features of the website, anonymously.
Functional
Functional cookies help to perform certain functionalities like sharing the content of the website on social media platforms, collect feedbacks, and other third-party features.
Performance
Performance cookies are used to understand and analyze the key performance indexes of the website which helps in delivering a better user experience for the visitors.
Analytics
Analytical cookies are used to understand how visitors interact with the website. These cookies help provide information on metrics the number of visitors, bounce rate, traffic source, etc.
Advertisement
Advertisement cookies are used to provide visitors with relevant ads and marketing campaigns. These cookies track visitors across websites and collect information to provide customized ads.
Others
Other uncategorized cookies are those that are being analyzed and have not been classified into a category as yet.
SALVAR E ACEITAR